Originally from the prairies of Alberta, Canada, Patrick is a poet, translator, and doctoral researcher at the University of St Andrews. He has long been fascinated by the interplay between text and reader, particularly within the modernist tradition; his current research, under Profs Don Paterson and John Burnside, draws from fields as diverse as semiotic philosophy, phenomenology, cognitive neuroscience, linguistics, and literary theory to complicate and broaden notions of literary critique and response. A graduate of the University of Alberta and Columbia University, he is also interested in ‘creative response’, such as translation, versioning, and homage, as they are enacted in modernist literatures.

As a poet and translator, Patrick’s work has won several prizes, including The London Magazine, Wigtown, and The National Poetry Prizes, and appears in numerous journals and anthologies, including The Cincinnati Review, Boston Review, Best New Poets, The Iowa Review, Copper Nickel, Oxford Poetry, and The American Literary Review. His French translation of PJ Harvey’s poetry collection, The Hollow of the Hand, was released in France in 2017 by Éditions l’Âge d’Homme, and his own short collection of poetry, Glean, was recently published by ignitionpress.

Having taught literature at universities in Canada, France, the US, and Scotland, Patrick is now in his second year teaching with SUISS, and he is not at all embarrassed to admit that he has spent the entire intervening year looking forward to the courses beginning again!

This is James’s fifth year as a tutor at SUISS. Since 2013, he has had the opportunity to teach literature at the University of Edinburgh, Edinburgh Napier University, and the University of Dundee. Although he’s taught the broad sweep of English literary history, he’s also organised more focussed courses on Modernist literature and visual arts, literature and the Bible, and Modernism and nationalism. James’s first monograph, entitled Words Like Fire: Prophecy and Apocalypse in Apollinaire, Marinetti, and Pound (Legenda) will be published in late-2019. His research interests lie at the intersections of literature, religion, and social theory – particularly in 20th-century English, American, and French literature. More recently, James completed a postdoctoral fellowship at the Institute for the Advanced Study of the Humanities at the University of Edinburgh, where he began exploring the literature of the post-war counterculture, spirituality, and nationalism – research that will be continued in September 2019 at the Institute for Modern Languages Research in London. James is also a trade union organiser, poet, and a producer of Savage Reading, a podcast on literature, philosophy, and politics 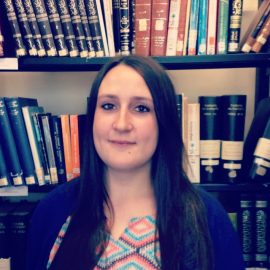 Sibyl Adam has a PhD in English Literature and currently works in community engagement at University of Edinburgh. Her thesis and subsequent monograph, which is currently under review at Palgrave Macmillan, uses affect theory (feelings, emotions and associated critical theories) to analyse representations of the everyday in narratives of Muslim women migrating to the UK in the Edwardian and contemporary periods. This research has feminist motivations to show the importance of women’s emotional experience to the history of both migration and Muslims in the UK. Sibyl has taught extensively on all periods of English and Scottish Literature and has research interests in contemporary Scottish writers such as Ali Smith and Scottish Muslim writing (particularly Leila Aboulela and Suhayl Saadi). 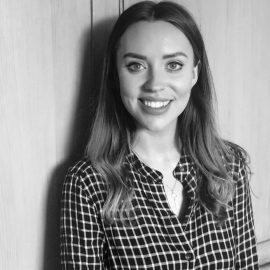 Nia is in the final year of an AHRC-funded PhD in the University of Glasgow’s Scottish Literature department. Her research seeks to provide a comprehensive analysis of the poet and playwright Liz Lochhead’s corpus through a study of her use of everyday voices from 1972 to the end of Lochhead’s term as Scots Makar. Nia’s research also challenges issues of gender in literary criticism and she recently co-organised the Women Creating Scotland conference held at Glasgow Women’s Library.

She has been teaching in Scottish Literature since 2017, covering a range of 18th-21st century literature from poetry and prose in the Scottish Enlightenment to Jenni Fagan’s The Panopticon. She has also been providing examination support and one-to-one tutoring for students since 2016.

Nia has also developed a workshop exploring the use of colour in poetry in collaboration with Edinburgh College of Art’s Textile department and The University of Edinburgh. The workshop is currently being used as a learning tool in secondary schools. 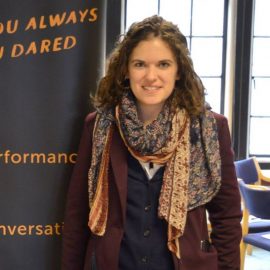 Jess is in the final year of her PhD at the University of St Andrews on the contemporary Scottish writer Ali Smith. She has tutored literature for many years, and has worked extensively with a variety of literature organisations, including the Edinburgh International Book Festival, Glasgow Women’s Library, StAnza International Poetry Festival and Scottish Book Trust. She also works for the charity Open Book as a reading and writing group facilitator, currently leading regular sessions at the Grassmarket Community Project, as well in Perth and Wester Hailes. In 2017, she helped to set up – and continues to coordinate – Scotland’s first festival dedicated to Scottish women’s writing, Open the Door.

Stuart completed his PhD at the University of Glasgow in 2018. He works on intersections between mathematics and literature – specifically postmodern and contemporary American literature – tracing the influence of Bourbaki, OuLiPo, and Lewis Carroll through to the writings of Don DeLillo, Christine Brooke-Rose, Thomas Pynchon, David Foster Wallace, and others. Currently writing Mathematics in Postmodern U.S. Fiction for Palgrave Macmillan, Stuart has also helped found Glasgow’s David Foster Wallace Research Group, which develops online resources and runs annual symposia.

Stuart has taught English Literature at the University of Glasgow since 2015, and now also runs lectures, seminars, and workshops for their Learning and Academic Development Service and Widening Participation programmes. He is delighted to be invited to SUISS this year. Nick-e Melville makes found, visual, process and sometimes even ‘proper’ poetry. Since 2010 he has had ten publications released, including a poster poem and a badge; his most recent book is ABBODIES (sad press 2017) and he was anthologised in the international collection of visual poetry The New Concrete (Hayward Gallery Publishing, 2015). His work has also featured in several exhibitions, with a solo exhibition, ‘DOLE,’ at Interview Room 11 in 2013. He has taught creative writing in many settings for over ten years and from 2010-2011 he was Writer (not) in Residence at HMP Edinburgh. From time to time he organises and co-hosts poetry events in Edinburgh, the current series is Second Space, poetry with videos.

Nick-e is pursuing an AHRC funded PhD at the University of Glasgow working on an epic post-conceptual book length poem-object,The Imperative Commands. The poem is composed entirely from found texts, harvested from the language of instruction in advertising, the media, etc., that assault and ‘guide’ everyone of us every day.

Carmel holds a PhD in Creative Writing from the University of Glasgow, and her thesis ‘Constellating the Real’ looks at how the idea of literary realism is affected by developments in epigenetics, big data and cognitive science. She has also written a fragmented novel that uses Walter Benjamin’s concepts of mimesis and constellation to explore identity and sexuality within the tightening algorithmic loops of our everyday lives.

She has a BA in Fine Arts where she studied painting and animation, winning a Digital Shorts commission to produce a film with Aardman Animations. She was also literary editor for Exeunt Magazine and has written on arts and culture for Gutter, The Arts Desk, Tribune and Film International.

Carmel has taught undergraduate English Literature and Creative Writing and is currently a writing mentor for The Ministry of Stories and for Clean Break theatre company. She is particularly interested in the intersection of the theoretical and the narrative and her teaching focuses on realism, speculative realism, the short story and hybrid creative-critical forms. Tim is in the final year of his creative writing PhD at the University of Edinburgh. He has a BSc in neuroscience from the University of Manchester, an English BA from the Open University and a poetry MFA from Syracuse University. Tim’s AHRC-funded thesis examines the writing of the Confessional Poets (Sexton, Lowell, Plath and Berryman), specifically their use of metaphor to characterise emotional and psychological extremity.

Tim has taught writing at Syracuse University, Princeton Arts Council and SUISS, worked at the NYC literary agency, Writers’ House, and toured as a stand-up comic.

Over the past year, Tim was the inaugural writer-in-residence at the Isle of Harris Distillery, had work commissioned for Talbot Rice Gallery’s exhibition, Trading Zone, and was a visiting fellow at the Harry Ransom Center in Austin, TX.

His poems have been published in leading literary journals across the UK and US, and he has a short collection of poems, Lake Effect, coming out this summer from Tapsalteerie Press. 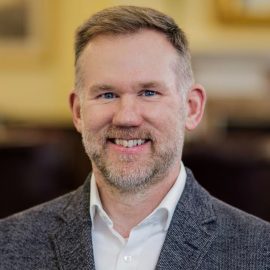 Jay has written, produced, or directed over 125 productions in London, Boston, New York and Chicago. His most recent directing credits include Little Man and His Wife at Canal Café, Mankind featuring the Epiphoni Consort at St Peters Vauxhall, and productions for the Edinburgh Festival Fringe and International Youth Arts Festival. He served as Artistic Director of the Notre Dame Shakespeare Festival (US) from 2005-2012, and currently lectures on a range of theory- and practice-based courses at Central School of Speech and Drama, RADA, Kingston University and the University of Notre Dame London Programme. He received his MFA from The Theatre School at DePaul University, and both his MA in Classical Theatre and practice-as-research PhD from Kingston University. His research focused on creating a rehearsal and performance methodology specifically for classical text, integrating Stanislavsky’s late-career, improvisational practice called ‘Active Analysis’ with Viewpoints, a movement technique first articulated by dancer and choreographer Mary Overlie, then adapted by directors Anne Bogart and Tina Landau. Molly has recently completed her PhD in Theatre Studies at the University of Glasgow.  Her doctoral thesis – ‘Staging Madness: representations of madness on the early modern English stage’ – examines dramaturgical strategies for portraying mad characters in Elizabethan and Jacobean plays.  With this project, she is particularly interested in exploring the dialogue between theatre and society and how this communication shapes perceptions of madness and mad people.  Her research has also extended into more practical areas with the writing and directing of Let Her Come In, a one-act adaptation based on the mad characters of Shakespeare’s Hamlet.  Her other research interests include playwriting, dramaturgy, contemporary British theatre and medical humanities.

Molly has taught on a range of theory- and practice-based theatre studies courses at the University of Glasgow.  She has also worked as an assistant director and dramaturg with Glasgow’s Citizens Theatre Young Company, and as a dramaturgical liaison for the 2016 Dream On! collaboration between the University of Glasgow, Royal Conservatoire of Scotland, Glasgow School of Art and BBC Scottish Symphony Orchestra.

This looks to be a great online event celebrating Burns, music and poetry. Check out the Burns & Beyond website for more details. burnsandbeyond.com pic.twitter.com/Hfmp…

Dreary January? Not in Edinburgh! Delighting in the beautiful views from Lauriston Castle 😍 pic.twitter.com/OWa8…

Congratulating our Co-Director, Katy Hastie, on her new role at Glasgow Uni, managing their humanities adult short learning courses. We will miss her greatly, but know she will remain a good friend of the summer school. SUISS is for life, after all 😂

This week marks the end of a difficult year. Wishing you all a safe, prosperous and happy 2021 🥳🥳🥳 pic.twitter.com/nJRd…

Alumni Map of the World.

Sponsor a scholarship or donate to a programme

>
SUISS
We use cookies to ensure that we give you the best experience on our website. If you continue to use this site we will assume that you are happy with it.OKNo thanks
Cookie settings